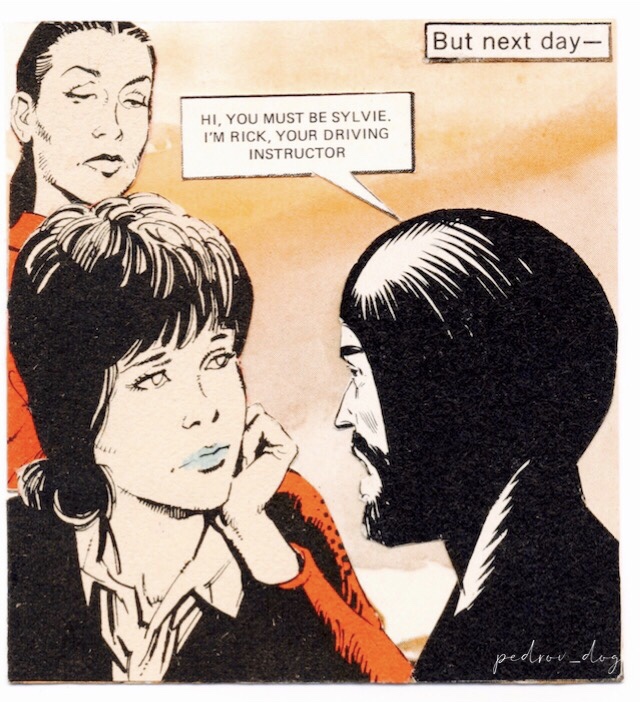 The first instalment from a series of short form fiction; inspiration taken from collage by pedrov_dog

Mother said there’s no point learning to drive, but next day this man arrives saying he’s my driving instructor. There’re things about him I don’t like. I don’t like his clothes or his beard, how he talks to me in that over-familiar tone. Like he owns me or something.

And I don’t trust him. If I am going to learn how to drive with anyone, they need to be someone I see as trustworthy. What if he gets me to run people over, zig-zag across pavements taking out unsuspecting shoppers, leaving them maimed for life? What if he’s got a loaded gun stashed under the front passenger seat?

I want to go back to reading my book, which I have to finish by Tuesday and return to the library, because I’ve run out of renewals. How can I tell this weirdo to leave me alone? Okay, here’s what I’ll do. I’ll just stand up – not say a word to either of them, climb the stairs and shut myself in my bedroom for the remainder of the morning.

This site uses Akismet to reduce spam. Learn how your comment data is processed.